An overhauled engine is an engine which has been removed, disassembled, cleaned, inspected, repaired as necessary and tested using factory service manual approved procedures.There are different ways of overhauling an engine. Engines may receive a top overhaul or a major overhaul.

A top overhaul or in-chassis rebuild covers only the engine parts inside the cylinder head, including the valves, spark plugs and fuel injectors. It is usually completed without removing the engine from the vehicle. An in-chassis rebuild will surely get your engine back in shape, and its performance will be as good as or better than when it was new.

A major overhaul or out-of chassis covers the whole engine assembly, which requires the whole engine to be lifted from the chassis, so it can be thoroughly taken apart. Every nut, bolt and removable part is cleaned and replaced with new, original factory engine parts. So, a complete engine overhaul is more expensive than an in-chassis rebuild, for obvious reasons – the engine must be removed from the chassis, however, you vehicle’s engine will function like new or better. An overhauled engine refers to a major overhaul. 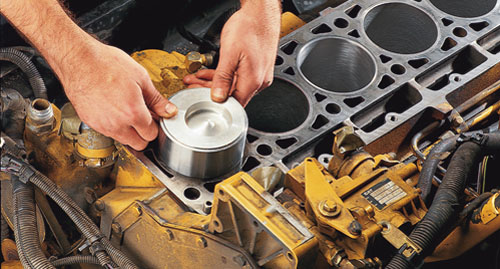 An engine overhaul is necessary once the engine is worn out, high mileage, blowing blue smoke, rattling and rough.

The advantages of rebuilding. Once the engine is rebuilt, you know everything has been closely inspected and it has many new parts. It will extend the length of life for the engine. How long it will last depends on how many components were replaced.